After several years of working with beat-driven electronic music and with wonderful artists the kind of Derrick May or Carl Craig, Francesco Tristano is returning to his first great love: THE PIANO.

Francesco Tristano is in continuous motion: from electronica to classic…

While Francesco’s electronic works and live performance show his incredible intense relation to music, always thriving for the next track or melody, always in motion following the beat, his newest work seems far more relaxed, even laid back.

Francesco Tristano explains this new direction: “I love the beats, I love the constant impulse. The music on Piano Circle Songs is the opposite. It’s very intimate, a melodic way of composing that has been largely inspired by the fact I had children. They made me explore a gentler phase of what I could do at the piano, in terms of writing.”

You might even compare it to a weekend: His electronic phase is obviously the night, the rush, the adventure – On the other hand his Piano Circle Songs are the Sunday: the smell of fresh coffee, eating a lovely porridge, the sun is shining through the window while you’re reading the news and just enjoying the moment with your kids.

Francesco Tristano and Chilly Gonzales: What a superb collaboration!

And do you know what’s funny?! I had the same association with the first LP of Chilly Gonzales! And guess what: Piano Circle Songs also features the Canadian pianist and songwriter Chilly Gonzales on four of the tracks, of which Gonzales composed “Tryst” himself for the album. 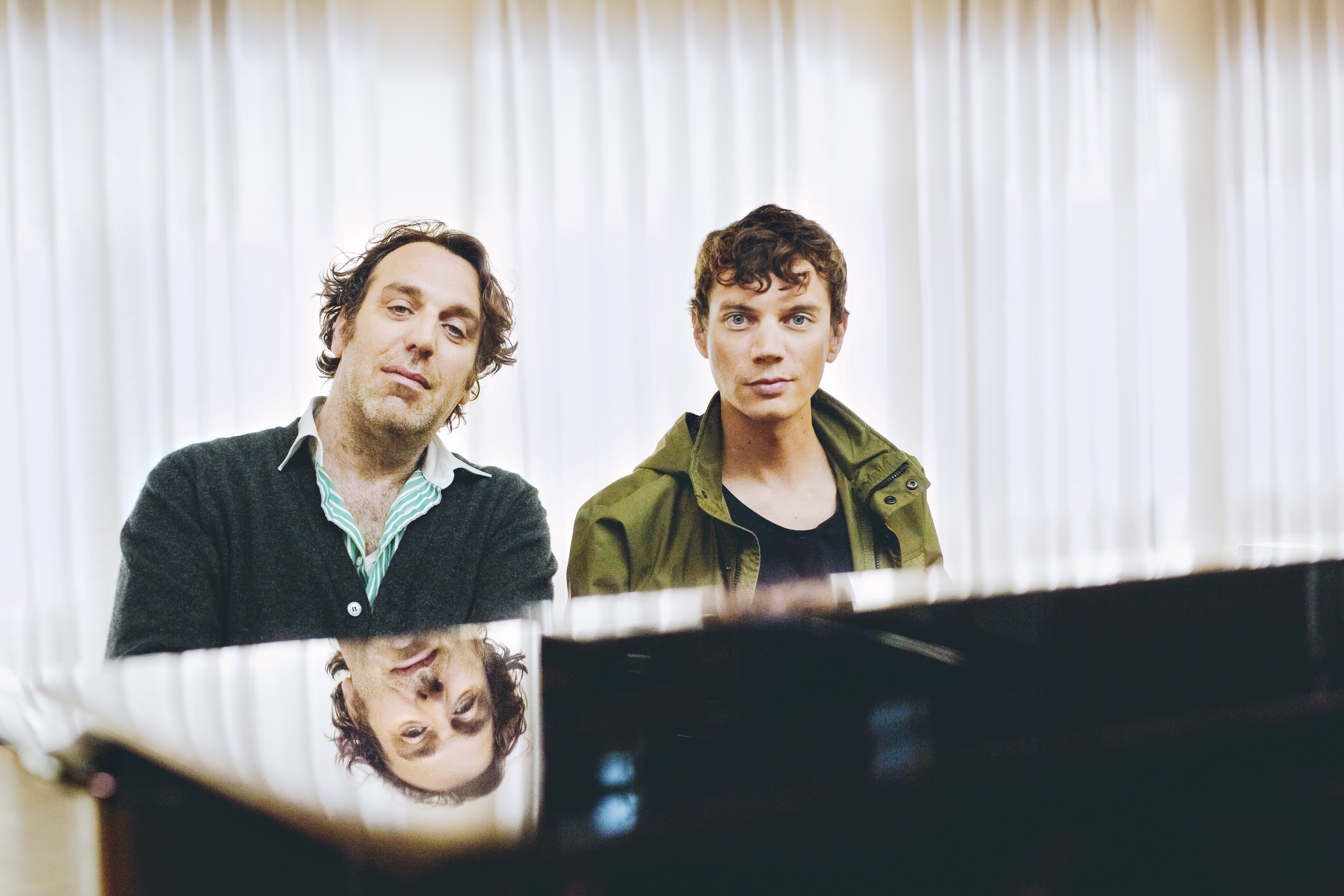 His new tracks don’t sound like Nils Frahm who is heavily influenced by the minimalists the kind of Steve Reich, bringing together electronica and classic. The album theme of “circle” reflects the cyclical nature of the pieces themselves; many of the works follow ABA form or extended variations of this.

Tristano explains: “I had already written a couple of ‘circle songs’ and in my first meeting with Chilly Gonzales, we were incidentally talking about circles. That most perfect and yet simple geometric form. For me it’s a perfect shape because you get 360 degrees without even taking a right or a left turn. It encapsulates the idea of a cycle, like the seasons, so whatever state you’re in you’ll return to it. And it also reminds me of the behavior of children because children are I think the greatest representatives of human kind. And their behavior is very much in a circular pattern. They might change personality 18 times a day, but by the time it’s bedtime, they are back at the original starting point of the circle.”

Thinking of Francesco Tristano, we always think of an extremely well-educated and talented musicians, who is able to add his own style to every musical direction. I would say that his house and techno sound is quite unique as he was educated to develop his very own view and approach to music.

With his new LP Francesco Tristano moved forward on his way to become one of the most important contemporary musician. I wouldn’t say that Piano Circle Songs is his best work, but I think it’s an important step into the right direction! We will see…

BTW: Francesco Tristano’s LP Piano Circle Songs will be released in September – And if you like to see this incredible musician playing live, you shouldn’t miss his concert at the Funkhaus Berlin in September.